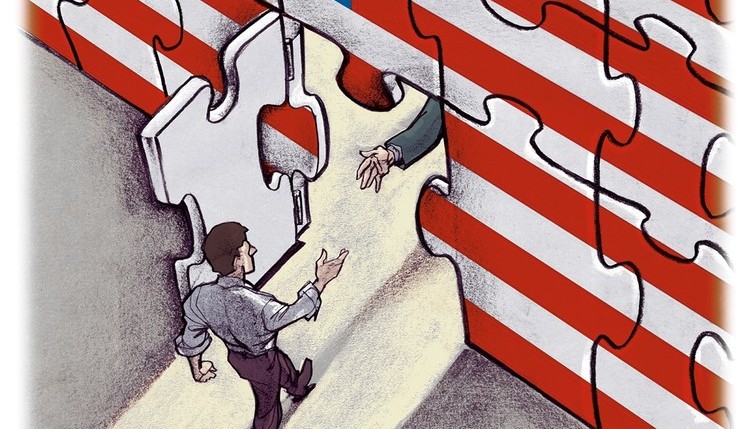 The American Dream: Risking It All

Why would someone repeatedly try something again and again after failing time and time again? Why would they risk their life for something that isn’t guaranteed? That is what many migrants from Mexico do in order to reach the American Dream. President-elect Trump’s plan to stop immigration is to begin “working on an impenetrable, physical, tall, power, beautiful southern border wall”. He wants increased border security, but this has been proposed and implemented before. How will his plan be any different than that of operations already enacted to end illegal immigration?

From the 1980s to the early 2000s border enforcement policies aimed to deter illegal immigration into the United States. These policies arose thanks to an exaggerated belief that undocumented immigrants were feeding off of hard-working American citizens. This type of moral panic is called an “elite-engineered model” which is used by people in power to have their own political prop that creates fear and concern among its citizens. Such as when, in 1976, the commissioner of the U.S. INS, Leonard F. Chapman, published an inaccurate article on immigrants. It was based on an “independent study” that showed how immigrants were threatening the nation. The study was never released. This created a Latino threat narrative in the nation. It was further contributed by President Ronald Reagan’s declaration that undocumented immigrants were “a threat to national security”. Something had to be done. The United States quickly went to work on this manufactured issue.

In response, the United States launched operations to control immigration. They did this by increasing the number of U.S. border patrol officers, increasing hours spent patrolling the Southern border, and increasing in funding for this cause. They implemented what is called “prevention-through-deterrence” policy that included the installation of physical barriers and use of advanced electronic surveillance equipment. They heavily enforced and implemented increased security in areas known to be crossing spaces for migrants, essentially cutting off their way in. 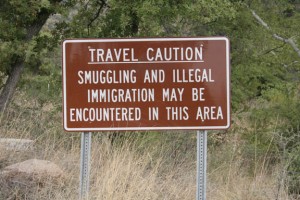 The results were unexpected. The militarization of the border was aimed at deterring migrants from entering because they would be apprehended. Only, migrants found their way around this by traveling through the more dangerous and risky terrain, which is not all that shocking to believe. Unfortunately, this also included more deaths of migrants because of the remote mountains and deserts they tried to cross through. These deaths should mean something. They were desperate for the American dream. As a country we need to realize these deaths are symbolizing the amount of motivation and struggle migrants go to for that Dream. We should give them a chance.

Another consequence that followed was that this did not end human smuggling into the United States. The cost of being smuggled skyrocketed. Being professionally smuggled into the United States became known as a the “smuggling game“. Only the best coyotes would be left standing in the end to reap the monetary benefits. They are estimated to charge around $5,000-$12,000 to smuggle one person to the United States. Just to get into another country people are willing to shell out a good amount of money because they truly believe it’s worth it.

Migrants believe that the benefits outweigh the risk, they want a better life that is not offered to them in their native country. The United States has plenty of employers who hire undocumented workers because it greatly benefits them and the risk of being caught is highly unlikely. Employer sanctions are weak and minimally enforced because a very small percentage of the INS budget goes to enforcing these employer sanctions.

Migrants dream of coming to America for an opportunity and to have a better life than is offered for them. They will risk it all just to get here. This type of motivation can’t be stopped. My parents are a living and breathing example of this. They heard about the American Dream, took a leap of faith and without that, I wouldn’t be where I am today. I owe them everything. Trump’s plan has been proven not to work. In order to actually do something productive Trump needs to understand why it won’t and look at what will. 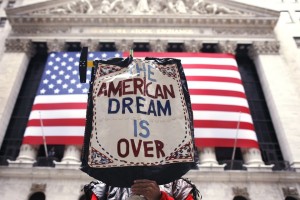