For Tyler Nail and his trio, the “snapshots” of life – the poignant and the insignificant – are best captured through music.

“For me, music is about capturing a split second in time and preserving it,” said Tyler Nail, the lead vocalist and guitarist for the group. “I don’t want those special moments limited to the length of our lifetime.”

The Tyler Nail Trio shared some of these moments on the evening of Friday, Sept. 19, with an audience at Krankies Coffee as they showcased Feathers, the first album in a series of releases by Nail’s group.

The chatter fell to a hush when Nail walked on stage. People of all ages gathered in the smoke-tinged room to listen to the folk music group, with Nail singing lead vocals and playing guitar, Jonathan Loos on guitar and Quique Rodriguez-Pastor on bass.

“They have a locally-sourced sound that just resonates with people,” said Aaron Afarian, an attendee at the CD release. “It’s the kind of music that just makes you stop and listen.”

ABOVE: The Tyler Nail Trio performs at Krankies Coffee for the “Feathers” CD Release Party on Sept. 19, 2014.

Nail, Loos and Rodriguez-Pastor all live in the city, and perform primarily at downtown venues like Krankies, which functions as a local coffeehouse, bar and an arts hub.

The group first met in competition against each other at the venue’s monthly competitive arts event known as the Winston-Salem Shuffle.

Nail and Loos, who are now roommates, developed a close friendship when Loos began to attend Nail’s open mic nights. Rodriguez-Pastor became friends with the two after attending Nail’s 22nd birthday party, and the three have since remained close.

The trio itself is relatively new. Each member maintains his own solo endeavors, but because the three play together so often, they became worried audiences might be confused about who was actually playing at an event.

“The three of us were already playing together,” Rodriguez-Pastor said. “It was sort of inevitable.”

Nail’s music combines songwriting and folk instrumentation set to simple yet expressive accompaniment. He said the lyrics take single words or images and build a story around them, often taken from personal experience.

“It’s music you can just pick up and play,” Rodriguez-Pastor said. “It’s easy to learn, and easy to connect with.”

The group’s newest album, Feathers, focuses mainly on Nail’s relationship with his girlfriend Valentina, whose name recurs throughout the songs on collection.

“The songs on the album are inspired by moments we’ve spent together and apart,” says Nail. “Like a bird displays its colors to a mate, this is my attempt to show my feathers to her.” 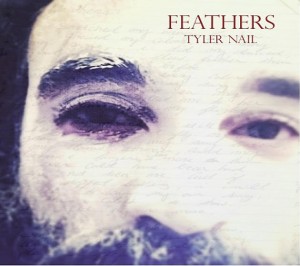 The CD release series itself is an attempt to chronologically document the songs Nail has written throughout his career into seven distinct “collections” on seven separate albums. Most of the songs on Feathers were written around two years ago, while he was playing regularly at Bull’s Tavern downtown.

While Nail holds most of the artistic authority in the trio, Rodriguez-Pastor and Loos have critical roles in the musical process as well.

“Everyone contributes in different ways,” Nail said. “Jonathan [Loos] and I have more of a communicative, brotherly experience when we’re writing. Quique [Rodriguez-Pastor] and I play a lot of artistic pingpong with each other when it comes to music – it’s a different dynamic.”

As the trio performed on stage, Nail took the spotlight, with Rodriguez-Pastor right behind him and Loos right by his side. Throughout the night, they exchanged comments and laughter with each other, even as they played.

“Their balance as a group is nourishing for the audience,” said Matthew Allivato, lead singer for the local band The Genuine. “It allows them to make some of the most refreshing music I’ve heard.”