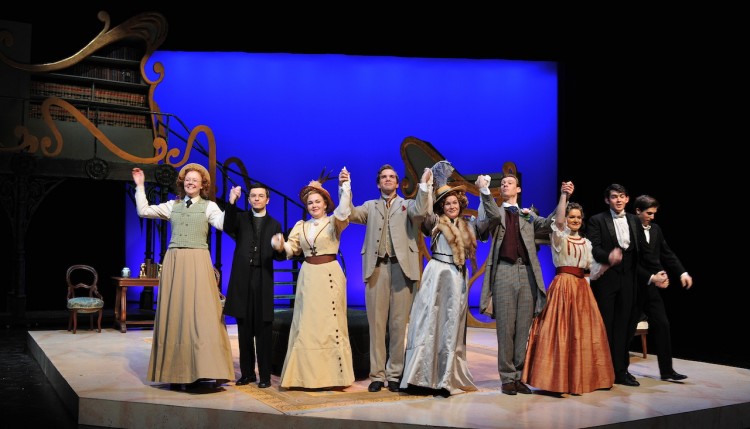 Podcast: Shane Harris on the Performing Arts as an Inclusive Space

“…we were here to study, but we lived in the theatre. And that was really where there were, and in addition to James, there were a couple other people who were out, and there were others who were pretty obviously gay and not ready to come out yet. But you know, it’s the arts. There’s no hostility towards different sexualities. And even though it wasn’t something that defined our lives, and we didn’t talk a lot about it, it was just a safe space to be gay, straight, a freak, funny, a techie — it didn’t matter. And that was great, because that felt so different from so many other parts of life on campus that felt like they were about conformity. And about sort of going about to get along, and checking all the right boxes. This was a place where people could just explore and be whoever they were, and change who they were from year to year. It’s just such a great environment and a terrific faculty and I hope that it always is that for students here.”

Drew Droege: Being ‘Out’ on Campus in the 90s